Welcome to Part IIIb of the Taiwan Eats series, where I documented good eats during our 2014 trip to Taiwan!  Click for Part I, Part II, Part IIIa, Part IV, and Part V.

Overall Comments: This is a cute place with a great view of the Pacific Ocean! We had biked along the bike path at Seven Star Lake (七星潭)before coming here, and it was a nice way to wind our afternoon down. We passed the time while drinking, eating, and enjoying the scenery. Make sure to stop by the fence and feed the goats with anything you find on the property! Rest assured, as they don’t spray any of the shrubs, trees, and bushes that grow nearby. These same goats produce the milk that you drink in the beverages at the cafe. The only downside of the cafe is that there is a minimum order of about $180 NT/person (if my memory serves me right), but upside is that with the goat milk tea and goat milk coffee we ordered, we also got goat milk cheesecake.

What we got:
-Goat Milk Coffee: This place is obviously known for their goat milk coffee. If you imagine the essence of goat cheese and the taste of coffee, this is it! However, T, a coffee purist, takes his coffee black, and felt that the goat milk watered the coffee down. He is also not as much of a goat cheese fan, so it all made sense. He did, however, LOVE the coffee, and asked for 3 refills on just the coffee. We asked the server about the origins of the coffee, and it turns out that the owner takes great pride and care in making her own blend of 3-4 types of beans.
-Goat Milk Cheesecake:  The house-made cheesecake definitely came from the freezer, and was not fully defrosted when we ate it, but was tasty and creamy, once it thawed. Thumbs down to not having fresh cheesecake, though..
-Goat Milk Iced Tea: I ordered the goat milk iced tea, which tasted much more like milk than tea. At least they weren’t stingy with their milk!

Overall comments: I’s parents graciously lent us a pair of bikes, and Ah Bei diligently drew us detailed maps so we could navigate the tricky path (we still had to ask for directions- darn!). We finally got there and were surprised by Ah Bei and his dog Lucky, who pulled up on his motorcycle as we were trying to decide what to order.Notes: The sashimi. AHHHH! So fresh. We were asked to choose between Japanese fish or ‘local’ fish, and we chose local fish, which we understood to be Taiwanese fish. This stuff was tender and melted in our mouths, and even the daikon shreds were delicious! The wasabi was real wasabi- none of that horseradish trickery! (Every time we had wasabi in Taiwan, it was real wasabi- win!) The fish balls were really good too, and the soup was smartly garnished with cilantro bits (much to T’s dismay), Taiwanese celery bits, and fried shallots. I like to add white pepper powder to this soup! I love soup in Taiwan- it tastes like it’s been bubbling for days, and is extremely refreshing.
We also got chao mi fen (stir fried rice vermicelli), which was simple with just carrots and pork, but also really tasty, especially with some chili sauce and white pepper powder.

Overall comments: his was T’s first night market experience, and it was a bit underwhelming because the night market is really small! That’s okay, though, because we went on a weekday, it was within walking distance from Cullinan Hotel where we stayed, and at least there were zero wait times. T was happy to see an airsoft booth that sold 10 rounds/shots for 100 NT, which was the best price we saw during our time at night markets.

We also went to 自强夜市 (Zhiqiang Night Market) but even though it was much larger than Rainbow Night Market and we liked the food selections better, we liked other night markets better, so I didn’t write about it.

Overall comments: When you walk in, they ask you, “How many bowls?” Like many good Taiwanese vendors, this place specializes in one item, and does it well! There is a competing wonton soup restaurant on the other side of the block (some family drama), and both I’s parents and Maggie steered us to this one. 戴 (Dai) means surname, and 記 (ji) = brand. Lots of restaurants simply name their restaurants by the owner’s name, so this one was started by a Mr. or Mrs. Dai.Notes: Lightly seasoned pork wontons in a simple soup, garnished with fried shallot bits and Taiwanese celery bits. It is not oily at all, tastes good, warms your insides up, and makes you want another bowl!

Live Shrimp Stand
No idea about the address: ask Maggie, our driver and Hualien tour guide, to take you! Email her at maki0423@kimo.com

Overall comments: Have you ever eaten live tiny shrimp? There is not a lot of meat to them, but these are crunchy little addictive shellfish. The “sauce” of garlic, soy sauce, chilies, and wine really gave it its kick that makes you continue eating.  The shrimp are literally jumping around until right before they take the plunge into the wine and into your mouth! I believe it would be considered a type of delicacy, so be prepared for the “high price” of ~8 USD. 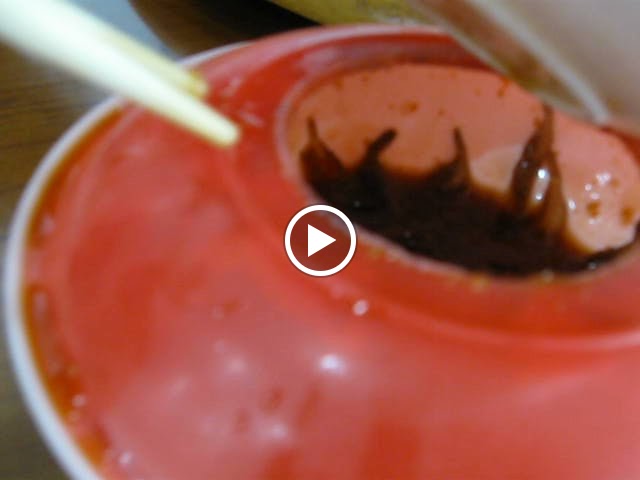 Overall comments: Don’t be fooled by this holey-in-wall appearance; the fish is fresh, the service is friendly, and the prices are so great! We enjoyed the nigiri plate as a snack before we headed to the nightmarket. Our Hualien-born friend I’s favorite is the 馬路上 plate.

Overall comments: “How many orders?” This place is a two person show- looks like mother and son? They take advantage of the fresh oysters they can get, and sell out when they sell out. The oysters are yummy, the food is hot, they give you ample baby Taiwanese napa cabbage, and the sauce is the perfect match for the omelet.

Notes: Tim and I like o ah jian, we thought this place did an excellent job with it, and would recommend anyone here without hesitation, if they wanted eh ah jian. Personally, for the dish of oh ah jian, I can’t say it’s something we crave much- maybe because of the gelly cornstarch that helps to bind the egg?

Overall comments:
You get 2 bowls: One is basically very large boba filled with surprises- usually red bean, sometimes mung bean. The other is a bowl of goodies (such as soymilk pudding, sweetened mung bean, or sweetened red bean), topped with fluffy shaved ice, condensed milk, and brown sugar syrup.

The bao xin fen yuan are warm, and the shaved ice contents are cold. My favorite part was the oozingly thick brown sugar syrup- you can’t get stuff like that in the US! It was a unique experience to have both hot and cold- I guess the closest but not example from Western desserts would be an affogato, or a la mode..We liked it, but it did not lure our stomachs back, because someone else won out (see below).

The humble barley and milk. The milk is amazingly creamy, and the pearled barley is cooked until its naturally gooeyness comes out. This is the perfectly sweet-enough dessert. Easily Tim’s favorite.

Overall comments: This place is the best. Seriously. Pictures do zero justice. This family-owned restaurant has a simple yet brilliant concept- they have a set list of popular/pre-arranged combinations, but you can also opt for add-ins for 10 or 15 NT. The list of items they had included: Sweetened red bean, sweetened mung bean, real and authentic grass jelly (none of this canned business), tofu pudding, boba, and barley. Everything was fresh as can be, as tasty as can be, and everything was just the right sweetness. I seldom use all-encompassing words, but this place was so good it deserves it! The sweet  老板娘 (owner’s wife) saw how much we loved it, and gave us 2 desserts on the house for eating over the weekend, when they would be closed to celebrate their son’s engagement.

Our Favorites – We learned that less is more, and by choosing just one or two ingredients, we were able to taste them better because there was more of each component, and the tastes would not be as crowded. We especially loved 2 of their house favorites- grass jelly with milky sweet shaved ice, and barley with milk. Having had lots of grass jelly (仙草) and tofu puddings (豆花) in my day, their stuff puts canned grass jelly to major shame, and the soymilk pudding is a very high contender among other tofu puddings I’ve had.

Can’t wait to go to Taiwan for its tasty food? Try my recipes for Taiwanese food!